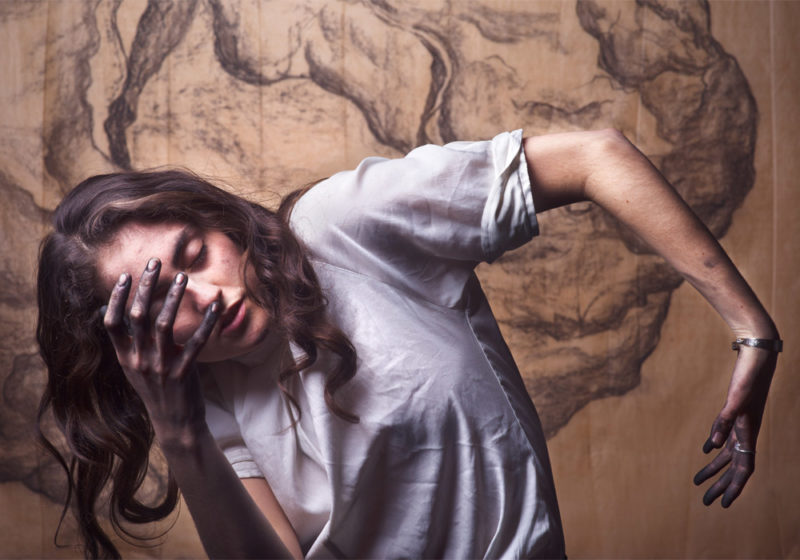 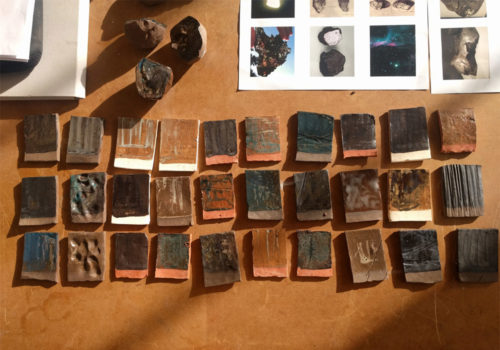 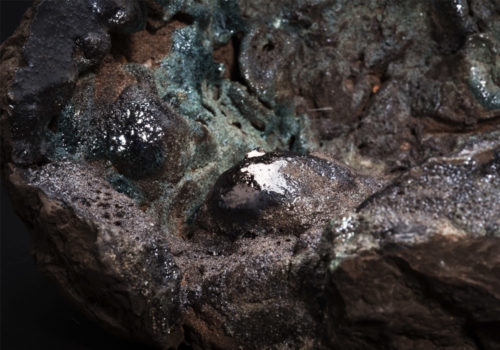 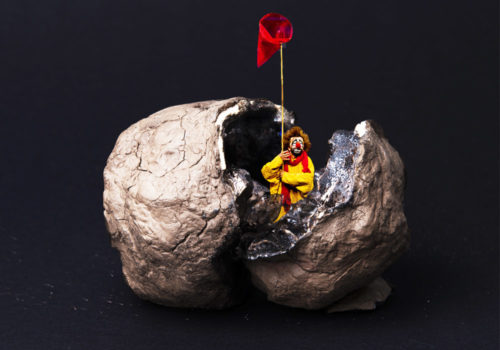 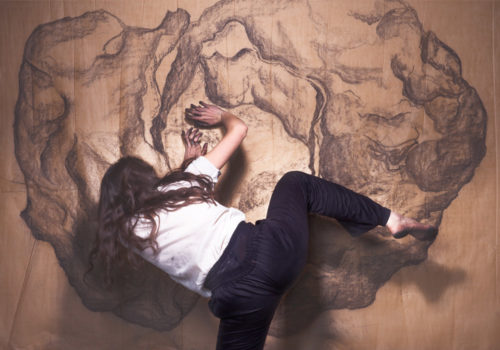 “Your imagination is the only limit”

In the beginning of February, I had the opportunity to work with ceramic within an architectural application. We were commissioned at school to design a pavilion for the garden of the world-famous clown Slava Polunin. Fascinated by the magical world of this artist, I imagined large scale meteorites that would land in his garden and in which we could rest.

I was inspired by gems, stones, the vivid colours of dragonflies and by meteorites themselves. As part of the research process, I visited the exhibitions “Meteorites, between sky and earth” in Paris and the Museum für Naturkunde in Berlin which brought me information and inspiration to develop my concept. First theoretically, how the meteorites are formed, what their composition is, where do they come from, how do they reach planet earth? Secondly physically, what are they shapes, colours and textures.

Working with clay and glazes helped me translate this organic universe and develop my own language quite easily. Intuitively, I started to shape 1:20, 1:10 meteorite-models using black clay and applying a layer of glaze before firing to bring colours. Within this process, I particularly liked working with fire. Putting my meteorite-models in a kiln for more than 72h at 1040° C gave another dimension to the making process. For the first time, I was not in control of the final look/appearance of my design.
Technically, I was inspired by the work of Assemble studio with their projects Structures of Landscape and The truffle for their use of metal structure and method of construction. Parallelly, I studied fire method such as raku and wood kiln to consider a giant combustion that would cook the meteorite. Finally, based on this research I developed 2 scenarios for a possible 1:1 realisation.

Alongside this, I made a lot of sketches of the meteorites with charcoal to feel and embody the energy and character of it. Among them, a 1:1 drawing which appeared to be a real physical experience. Implicating wide movement, it became a spontaneous choreography which a friend helped me catch with his camera. Additionally, and to bring some context and narration, I photographed the meteorites in an outside environment and in motion.

The project was presented in Paris, end of Mars, to the client Slava the clown and his team.
Even if the project may stay at a conceptual and at experimental stage, I found a profound connection working with ceramics and hope to continue working with this authentic technique in further projects. 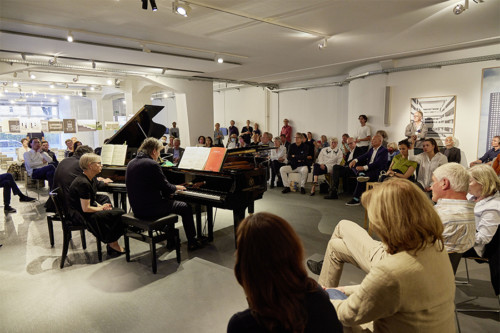 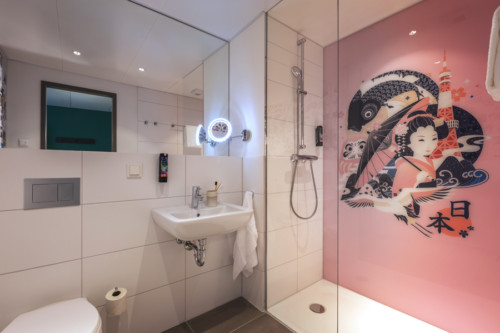 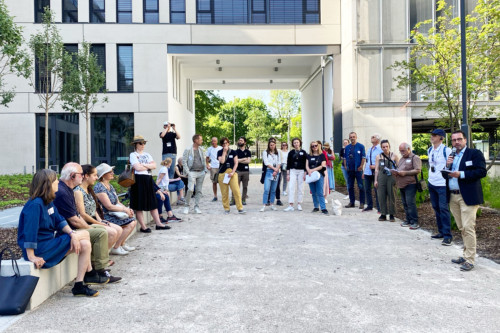 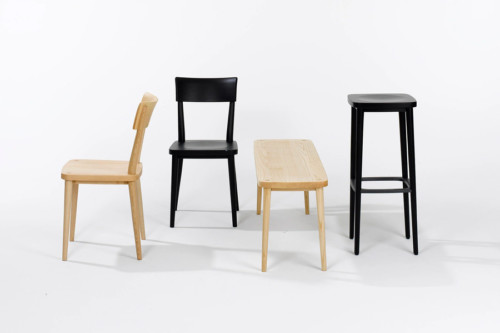 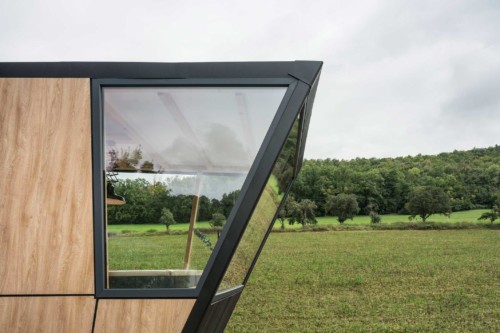 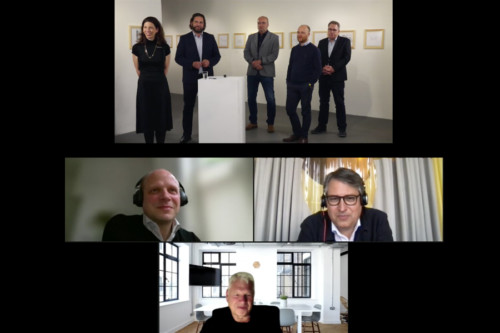 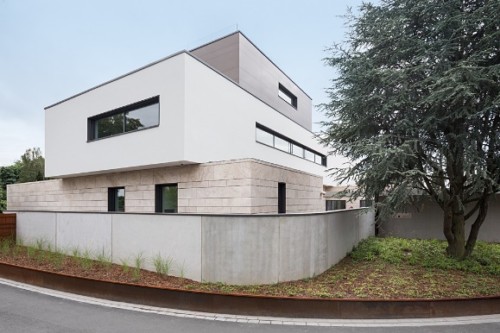 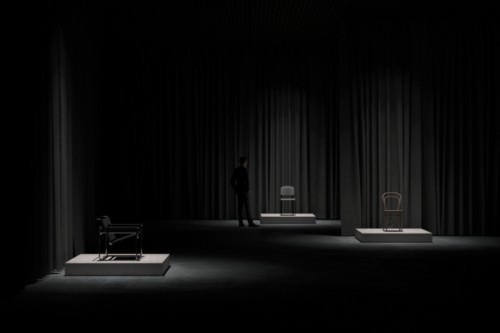 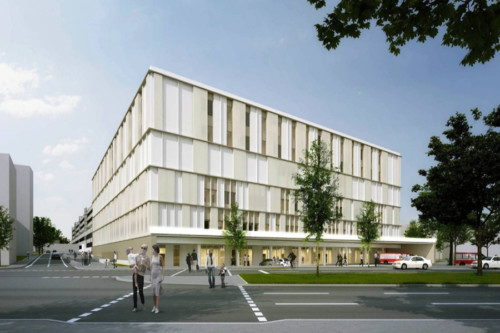 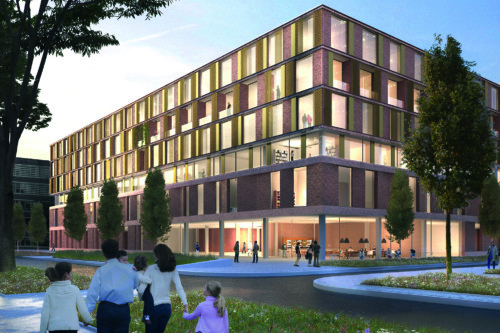 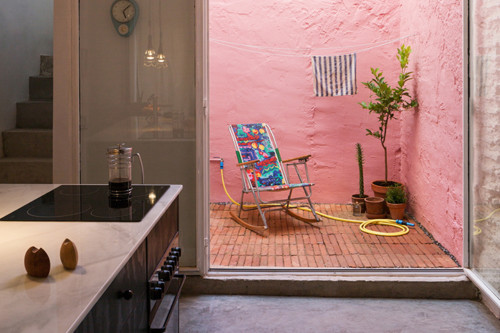 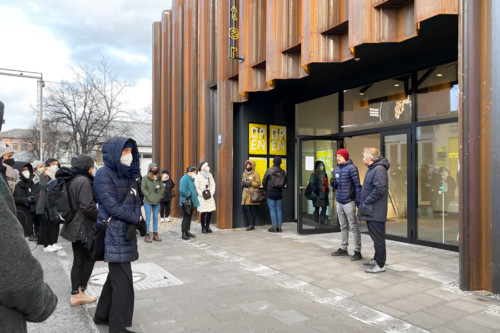