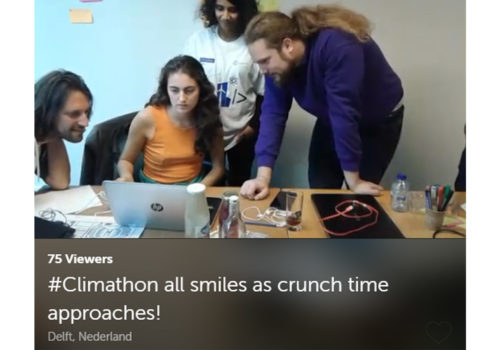 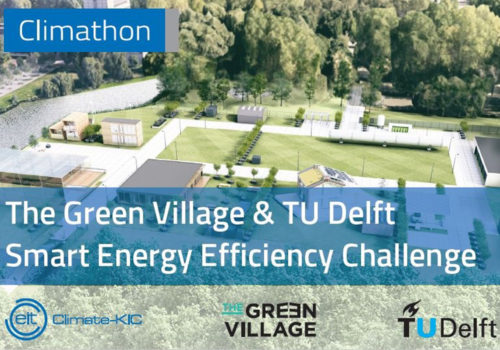 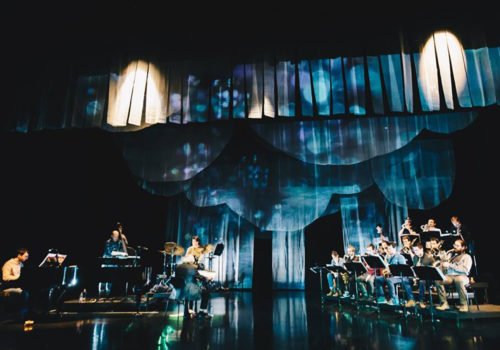 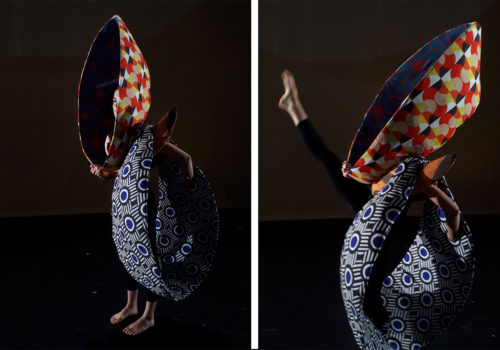 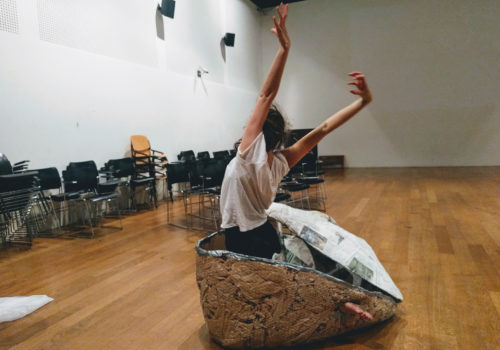 Of all the professional experiences I had this year, the most intense adventure was participating in the Climathon. This worldwide 24-hour competition, located in “The Green Village” of the Technical University of Delft and organized by Climate-KIC, revolved around finding solutions for the climate. Motivated students, professionals and teachers, coming from various backgrounds, gathered to find solutions for the future. This year, the Netherlands, one participants among more than 100 other countries, had the task to work on the theme of Energy. Teams were formed and assigned specific existing spaces. Thus, I ended up working in a team all night long, finding and developing smart energy efficiency solutions for the Aula conference building located on the TU Delft campus, designed by the Dutch team Van Den Broek and Bakema in the style of brutalist architecture. During these 24 hours, all our energy went into analysing, exchanging, drawing, erasing, modelling, writing… – along the way, being coached by professionals and teachers – to finally present our project in front of a high-level expert jury. The 5 projects developed by the 40 participants were very diverse and promising. My team ended up winning the competition with our project NICHE (Non-Invasive Central Heat Exchange)! The next step is to pitch the project on upcoming events in January and to get help from professors of the Technical University of Delft to further develop the project. What made the competition so special was the fact that we had to race against time. This had a direct influence on our working method. We divided the tasks and assigned parts to team members based on each person’s competence and communication efficiency. We had to be clear and critical in the process and eventually be convincing and stay sharp during the final 3-minute presentation.

Academy Royal of Art, Den Haag
The Duke Elligton ‚Nutcracker Suite‘ project
Beginning of September, the school commissioned us to design the scenography for the Nutcracker Suite that would be enacted by the Royal Conservatory in The Hague at the end of December. This was to be a Jazz version of the famous ballet originally composed by Tchaikovsky, that would bring together musicians, dancers, costumes, decors, light, and projections… A real challenge in terms of coordination. Thus, as a crossover of disciplines, the French choreographer Karine Guizzo came to the school one day to see our design process and be able to start thinking of a possible choreography which would illustrate the
story of the Nutcracker. Meeting her happened to be an unexpected moment because we both realized that we knew each other
from the time I was studying at the dance conservatory in Annecy, France. It was such a surprise and after some exchange, she asks me if I would be willing to be one of the dancers. I did not have to think about it twice. Of course, I was entrapped. Enthusiastic, I was back in the dance studios after a 4-year break. Few hours per day, we started exploring how forms and movements arose from objects and bodies, how it is possible to shape body movements into sculptural position and composition.
Most of the time, we were working on improvisation with music to let the body speak for itself. It was difficult at first, not to improvise, but to lose the ballet technique my body still remembered. In the same way as we cannot unlearn riding a bike, it sticks to you forever.

French sociologist Marcel Mauss used to say that “everything in us is under command”. This is how I felt at that moment. I was locked in the technique I had learnt. This is how, as a reaction to it, I naturally started working with my eyes closed. This became a tool to help me reconnect with the space inside me, be more attentive to the notion of weight, more sensitive with the
contact of the ground, and finally find a language of movement suiting the music. We also focused on how the body moves along the scene in correlation with the musicians and the decor. In the process, the Russian costume had also played an important role. The idea was to create a kind of architectural body with different pieces that would come together, an assembling of objects decorated with Russian graphic design patterns from the 1930s. The interesting part in the costume making was that we were creating the forms, objects, costumes, and the choreography simultaneously, shaping one according to the other and vice versa. For instance, in the dance studio, these objects were restricting my movements but also offered me new possibilities. A kind of new extension of my body that had an influence on my balance, speed, visibility, spatial projection, and interaction with my partner, the other dancer. In the end, the performance was a real success and the choreographer asked me to dance again twice, for different productions at the end of December. Finally, I noticed that I can no longer dissociate movement from my identity. Working with my body has become a way to explore myself, a tool for me to design space and forms. This assignment has been a unique chance to connect with my background, and I want to continue in this direction. For this reason, I will soon be attending a workshop about movement and objects in space in Berlin. More than ever I feel the urge to continue exploring surface, body and space. 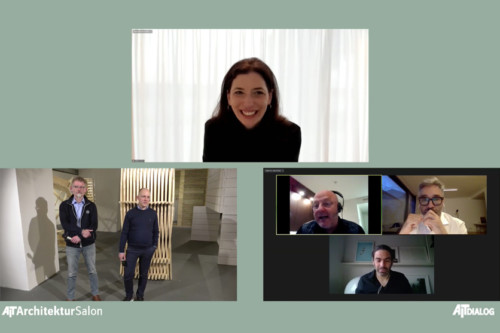 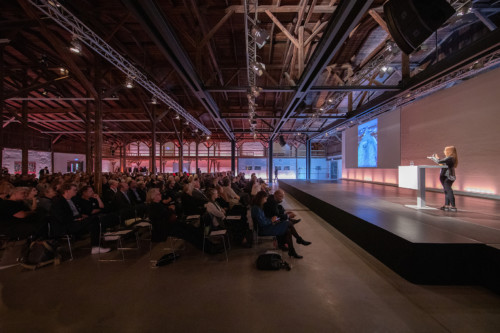 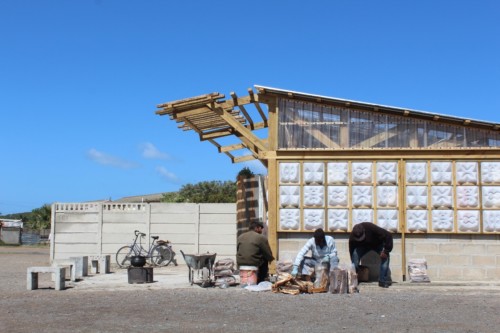 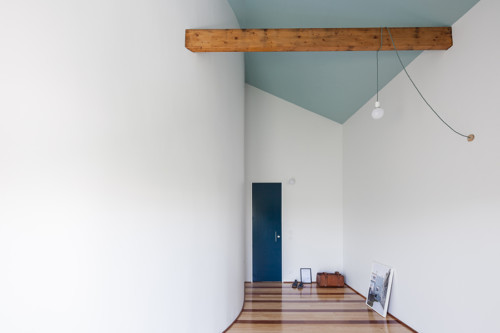 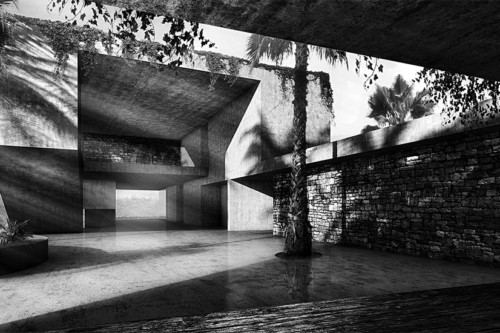 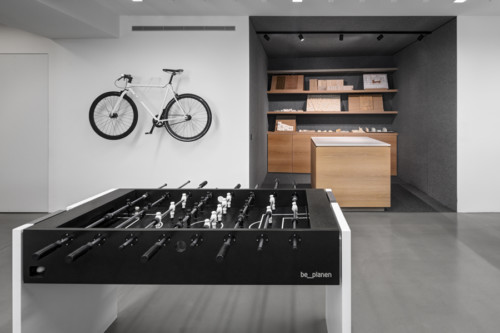 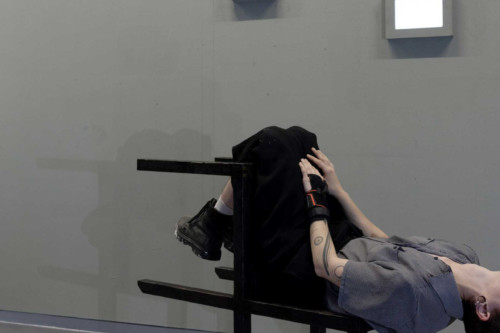 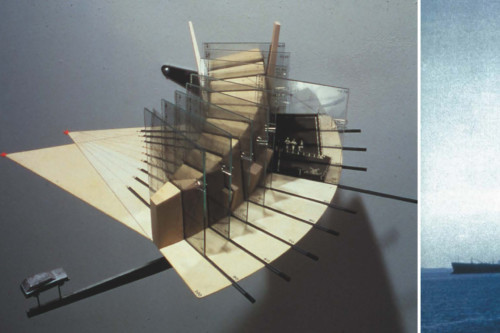 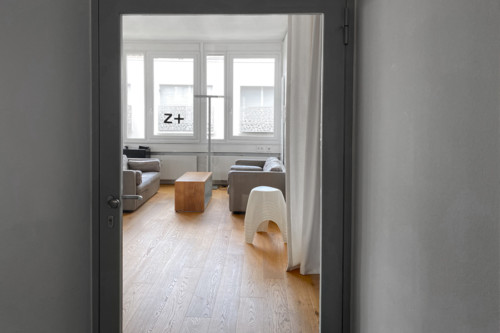 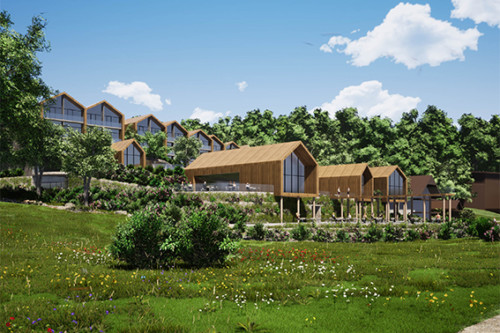 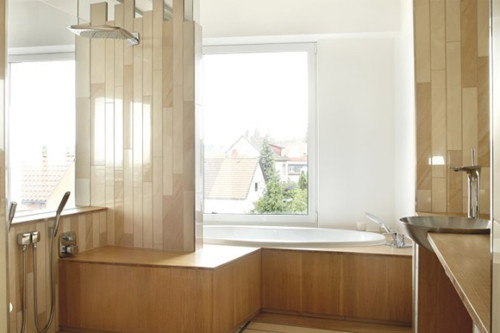 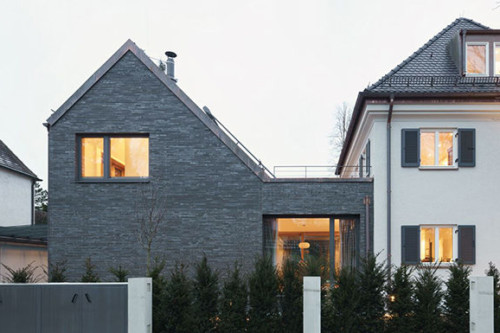 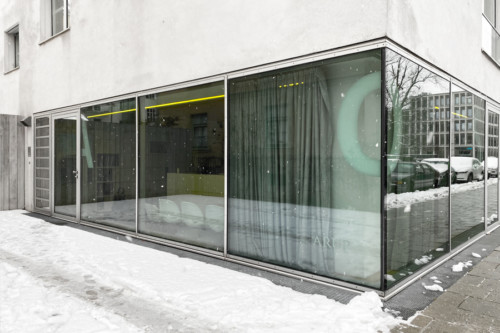 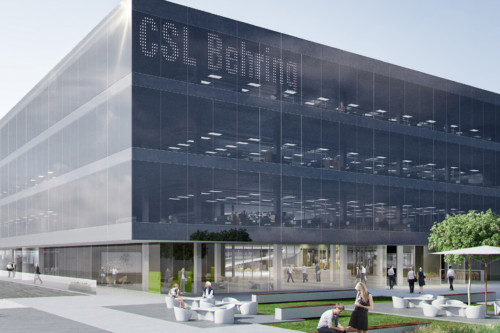 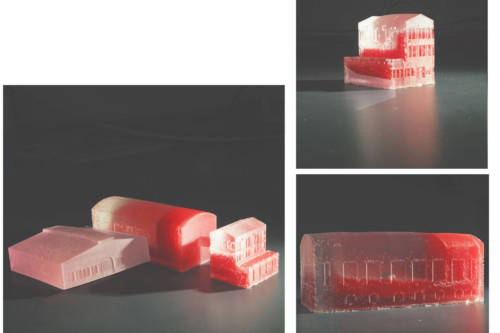 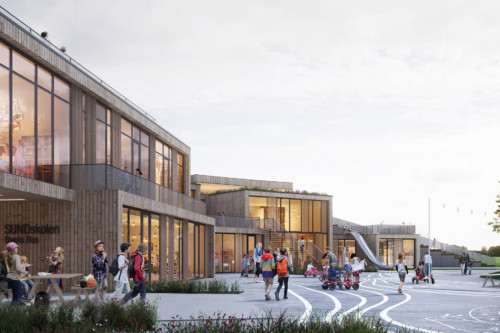 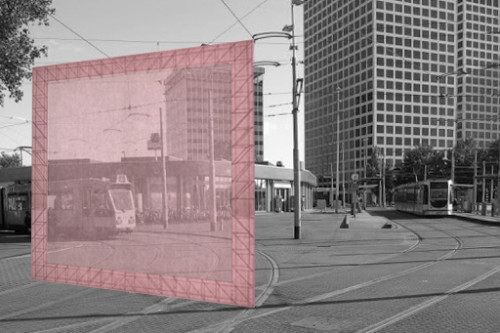