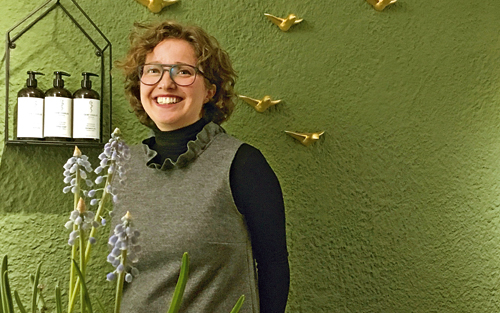 The dream of owning one's own hotel, café or restaurant is an idea many architects and interior designers dally with. The desire to "do one's own thing", to give it a personal touch and to work in beautiful, self-designed interiors is certainly one reason – not to mention the role as host. We asked someone who had dared to take the plunge. In 2017, interior designer Doreen Ludwig from Stuttgart moved to the Allgäu region to open her organic guest house Goldvogel.
Ganzen Serienartikel lesen 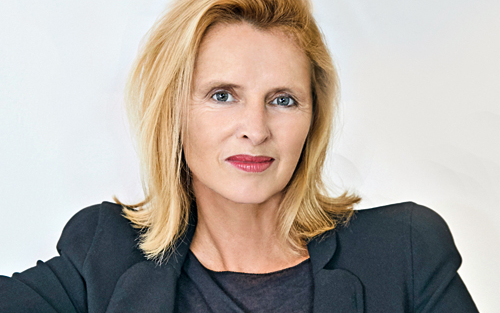 The architect and architectural theorist Dr Jana Revedin writes fascinating biographic novels. In 2018, Jeder hier nennt mich Frau Bauhaus: Das Leben der Ise Frank was published and, in 2020, Margherita, a book about her husband´s grandmother and the artistic renaissance of Venice. In the interview, she talks about the rediscovery of these strong women of the 1920s and 1930s, about Venice as her residence then and today and her work on the art patroness Eugenia Errázuriz scheduled to appear in August.
Ganzen Serienartikel lesen 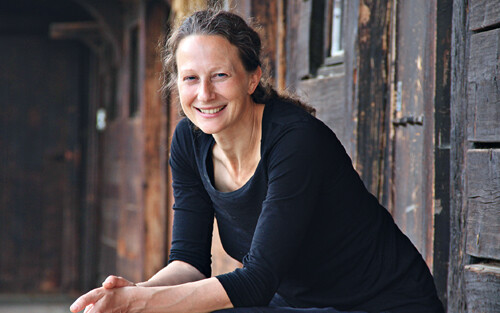 The longing for the countryside is as present as never before in times of ever greater urban challenges. Anja Kluge and Ingolf Gössel renovated the centuries-old Kienzlerhansenhof in the Black Forest in a manner befitting a listed building. The Stuttgart architects live and work there most of the year, cultivate the land around the farm and keep endangered animal species. How do the part-time farmers master the balance between architectural practice and farming, and what does their farm estate offer them?
Ganzen Serienartikel lesen 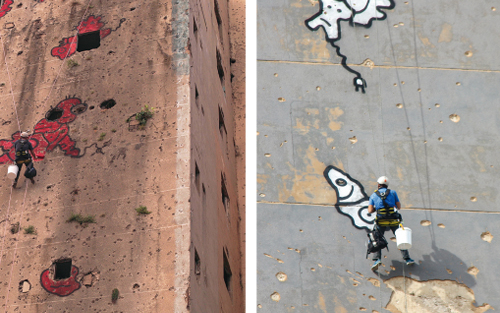 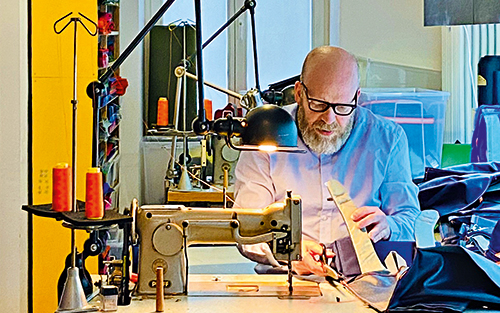 kundschafter is the name of the school-satchel manufactory which Ilka Koss and Arp Dinkelaker jointly operate in Berlin. In its manufactory at Helmholtzplatz, the architect couple creates simple, lightweight, sustainable, self-sewn satchels. In 2004, the enterprise started in parallel; since 2016, they have been concentrating on their independence as satchel makers. The demand is strong! We asked Arp Dinkelaker to tell us how everything started, how they developed kundschafter and what all of it has to do with architecture.
Ganzen Serienartikel lesen 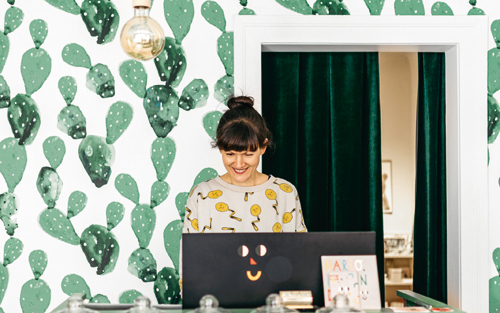 In autumn, Myriam Kunz can pop the corks. This is because her Buchstäbchen bookstore for children’s and adolescents’ books in Stuttgart-West celebrates its fourth anniversary. For 15 years she had been successfully working as an interior designer, then the mother of two daughters changed the metier. When it comes to designing, she is still able to optimally express herself in her world of books. Buchstäbchen is one of those individual stores that enrich the cultural life of the city district.
Ganzen Serienartikel lesen 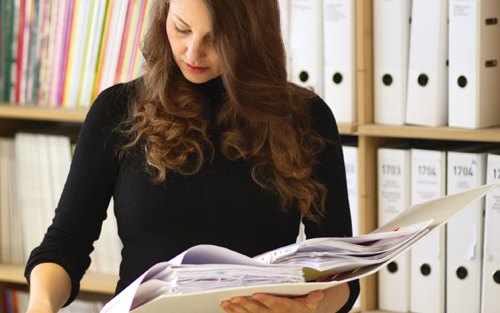 Aleksandra Gleich is a lawyer and an architect at the same time and therefore has an extraordinary profile. She is versed in the language of the architects, has practical experience and advises architects just as well as private building clients and public authorities in matters concerning construction law. In this interview, the freelance architect and head of the Gleich law office in Mannheim explains how she combines her two professions for the benefit of her clients.
Ganzen Serienartikel lesen 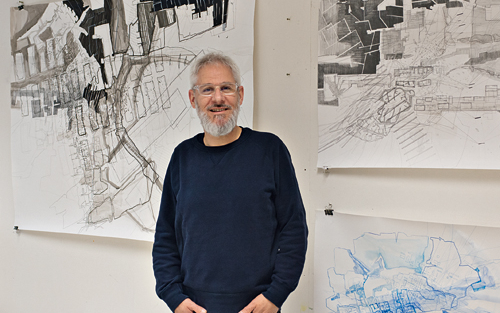 With his works, Karl-Heinz Bogner deliberately places himself at the interface of art and architecture. The freelance artist had originally studied art and design. “Space” is his primary topic: His objects have the appearance of architectural models and his drawings and paintings remind of fragments derived from architectural structures. Besides other venues, his works have been displayed in the Aedes Architecture Forum Berlin, Raumgalerie Stuttgart as well as the Forum Kunst & Architektur in Essen.
Ganzen Serienartikel lesen 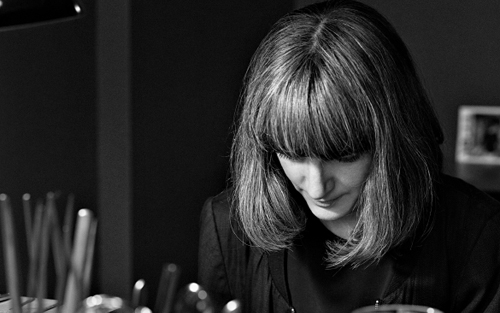 Felicitas Seidler studied architecture and afterwards – right, in that order! – completed an apprenticeship to become a goldsmith. In 2006, she founded her own Felicious jewellery label in Berlin. The architectural imprint can be clearly seen in her jewellery series. In this interview, Felicitas Seidler explains why this path was the right one for her, what it takes to be successful as a jewelry designer, and why she is not interested in growth at any price.
Ganzen Serienartikel lesen 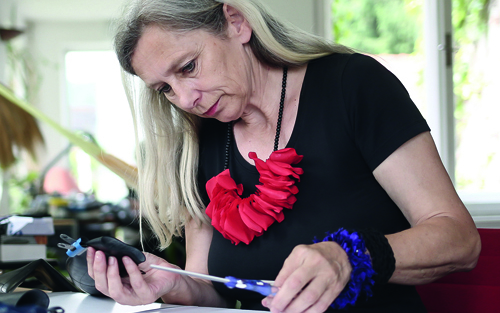 During their studies and their professional career, architects develop a keen sense of materials, their combination and applications. For decades, the Austrian Carin Fürst had been active as an architect before once and for all bidding farewell to construction sites and from then on making jewellery from left-over materials. Her “upcycling” jewellery completely keeps up with the trend towards sustainability and has many parallels to much architectural principles.
Ganzen Serienartikel lesen 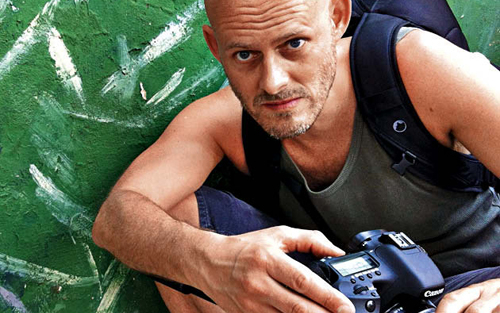 The Finnish-Swiss filmmaker Tapio Snellman studied architecture in Stuttgart and London and lives in the British capital. His portfolio is as international and diverse as he himself. Besides documentaries on megacities and buildings designed by the most famous architects, there are also film- and video installations. The city and the architecture always play a role even when Snellman has assignments in other genres such as dance, theatre and opera. Not least, the social dimension of architecture appeals to him.
Ganzen Serienartikel lesen 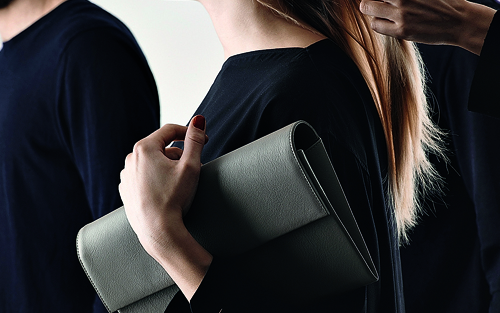 Her own desire to create, the pleasure taken in craftsmanship and high-quality design as well as the good fortune of being able to resort to family specialist knowledge were the ideal prerequisites for founding Tsatsas. Since 2012, architect Esther Schulze-Tsatsas and her husband, industrial designer Dimitrios Tsatsas, have been selling leather handbags with the label of the same name. The fine bags are designed in Frankfurt am Main, made in Offenbach am Main and sold in select international stores.
Ganzen Serienartikel lesen 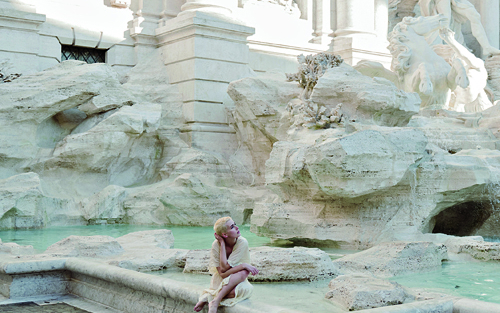 She studied architecture at the Technical University of Munich. For the last four years, however, Laura Zalenga’s medium of expression has been photography. During this time, the independent photo artist has managed to attract international attention with her images. Laura Zalenga’s aesthetic-emotional self-portraits affect us and provide us with a deep insight into how her mind works. The 27-year-old tells the readers of AIT how she usually works and where she finds the inspirations for her images.
Ganzen Serienartikel lesen 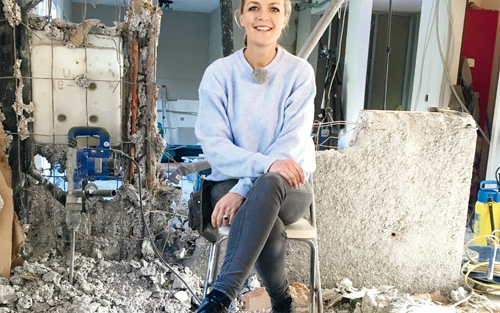 For 13 years, Eva Brenner has been hosting the “Zuhause im Glück” television series and there regularly brings a smile to the faces of her clients to whom fate has dealt a bitter blow. That is because, in record time, Eva Brenner and her team turn flats and house of families in need into residences with an individual touch where life is worth living. Followed by the camera, they all pitch in and thus also prove to the viewers that there is a solution as to design as well as function for any however ramshackle corner in the house.
Ganzen Serienartikel lesen 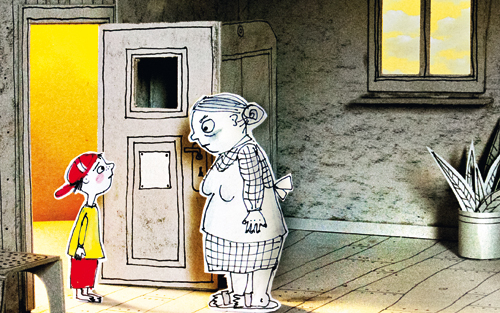 They have titles such as „Kleines Afrika“, „Regenwurmtage“, „Ist 7 viel“ or „Frag mich!“ … The architect Antje Damm has written over 20 children’s books and illustrated them. After success in the German literary market, some of them were also released by English, Italian, Spanish and Portuguese publishers. When reading Antje Damm’s works, the aspiration immanent in architecture of developing conclusive, exciting concepts can also be noticed. Her books are as interesting for children as they are for adults!
Ganzen Serienartikel lesen 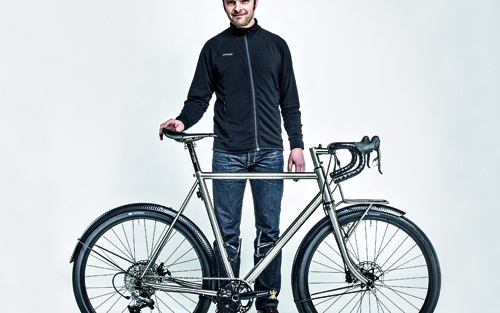 In Berlin, the architect Daniel Pleikies has his own bicycle manufacture called wheeldan. Bespoke bicycles are exclusively built there, all made of titanium. How Pleikies went from static architecture to mobile two-wheelers and how much building construction and bicycle construction have in common is explained in this interview by the titanium advocate. Just a look at the details, the components and their assembly proves the “kinship relationships” between the two creative disciplines.
Ganzen Serienartikel lesen