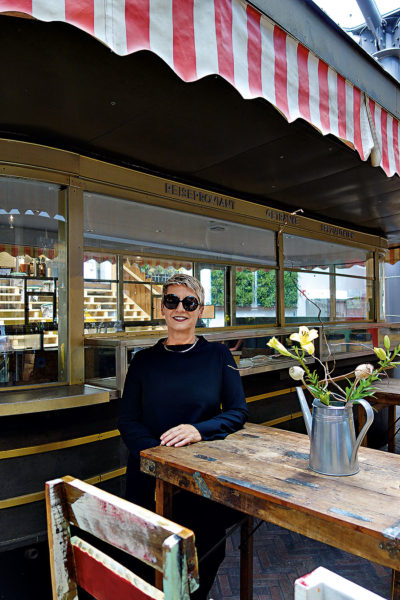 no, this is not an ordinary sausage stall, which I discovered while strolling through “Markthalle Acht” in Bremen (photo on the left) – and it does not serve sausages either, but can offer a chequered history! In 1931, the oval pavilion was constructed according to plans by architect Eberhard Gildemeister (1897-1978) from Bremen, it was destroyed during the war and reconstructed in 1949 by Gildemeister’s student Lore Krajewski. Until 1999, the food stall with its red-and-white flounces offered its goods at Bremen’s main station and was – after having been stored for a few years in the Neustadt district – recently heaved into the main hall of the former Bremer Bank at the Domshof square, where it will enhance Markthalle Acht – once the initiators have finally decided upon a new use! The concept of Markthalle Acht complies with the current trend of providing identity-generating sales areas in inner-city locations for large and small suppliers of regional and high-quality products. This has proved to be an appropriate means to stand up to online trade – one could deduce from the large number of national and international retail, shop and mall concepts, which we examined for this AIT issue on “Sales and Presentation”. As it has turned out, there is no shortage of fresh ideas and innovative implementations – as illustrated by about 30 projects, which we compiled for you on more than 50 pages. Furthermore, communication designer Robin Hofmann reports on the effects and development of music in shopfitting (p. 132), while architect Valentina Kinzel explains her strategies for the contemporary design of supermarkets (p. 136). Trained in selecting projects, we are happy to contribute our experience when participating in juries. This was recently the case for the Hugo-Häring Award (Small Hugo) for the Stuttgart/Mittlerer Neckar region, where our colleague Dr. Uwe Bresan played a part (photo on the right). Until the award ceremony on 22 September at the Wilhelmspalais in Stuttgart, we maintain silence about the winners! 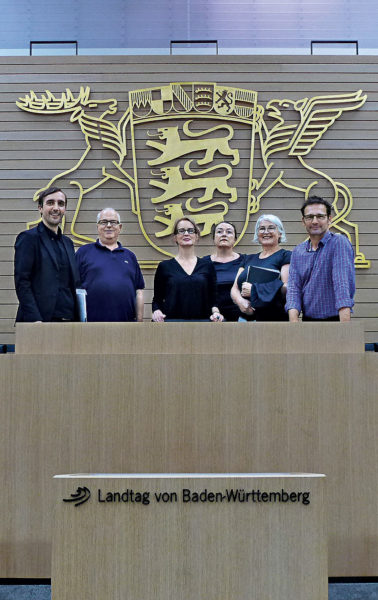